Encirc set to use hydrogen in container glass manufacturing process

UK glass manufacturer and bottler, Encirc, is set to use hydrogen in its manufacturing process following a Government decision to bring the fuel to the north west of England.

The decision to select the HyNet low carbon and hydrogen energy scheme for ’track one’ status by the Government follows months of support from Encirc and other stakeholders.

HyNet and one other scheme were chosen to receive a slice of the Government’s £1bn fund and can start decarbonising in their regions in 2025.

Encirc, a Vidrala company, plans to be one of the first organisations to make use of the hydrogen supplied by HyNet using it to melt glass instead of relying on less sustainable fuels.

The company is already part of Net Zero North West, an industry-led cluster investing in industrial decarbonisation and clean growth projects in the region.

The Government’s decision will support Encirc in its journey to net zero operations, enabling the further expansion of its Elton facility and creating more than 200 new jobs by 2026.

Adrian Curry, Managing Director at Encirc, said: “The HyNet project will play a key role in our ambition to decarbonise. This green light is great news for the environment, for the North West region, for industry, and for jobs.

“We have been pushing for Government to select the HyNet North West project due to the transformational impact we see it having on our region. We’re excited to lead the way as one of the first in the industry to be on this hydrogen pathway, as we take steps to get to net zero.”

Aston Fuller, General Manager at Glass Futures building a £54 million Innovation Centre in St Helens in the North West, said: “Glass Futures is working closely with glass manufacturers across the world to make their operations sustainable.

“Low carbon fuels, such as hydrogen will play an essential role in helping our industry switch away from fossil-based fuels to enable the UK to meet it’s 2050 zero-carbon targets. It’s fantastic to see the North West access the necessary investment to develop a hydrogen infrastructure.” 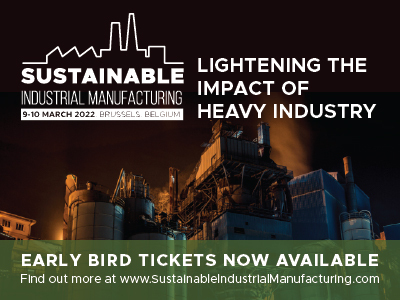