Since the year 2000, Revimac has supplied some 150 glass conditioning systems, inclusive of working-ends and forehearths.

Over time, several improvements to the design of the refractory superstructure have been introduced and the air-gas mixing unit and combustion control system optimised, in order to supply one of the most efficient and stable glass conditioning system to the glass industry.

One of the most important components is the automation and control system.

As the forehearth is unquestionably a critical element in the hot-end area of the glass factory, the primary requirement consists in the total reliability and for this purpose the control system is designed to be redundant.

Twin CPU is managed by a watch-dog system that is at the hearth of the system.

Both CPU’s are in operation, one is the master and the other is in back-up in case of fault.

The concept of redundancy is also extended to the data transmission channels and signal acquisition modules.

The automatic switch-over is thus guaranteed in case of failure avoiding any interruption in the control of the process.

Field instruments like pyrometers and thermocouples, that are not redundant, can be managed in case of failure to assign another detection instrument until its replacement.

It is even possible to pre-assign its virtual replacement to any measuring instrument upon first configuration of the system.

All the components installed in the control system and the software designed and tuned during the years, enable the system to reach a high level of accuracy; the system is able to maintain the temperature as set within a difference of ± 0,5°C only. 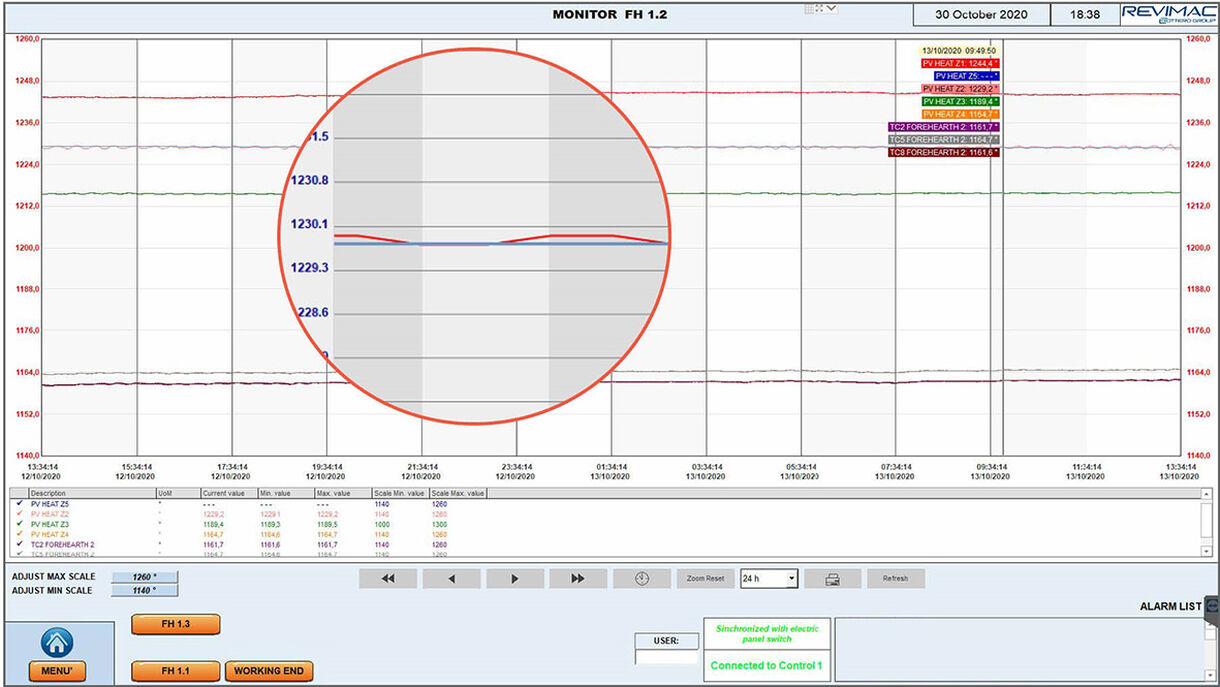