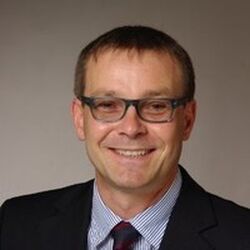 Dr Guido Stebner, 54, will also be appointed a member of the board when the appointment comes into effect on January 1, 2021.

Dr Stebner studied Metallurgy at the Clausthal Zellerfeld University of Technology in Germany.

In 1997, he completed his doctoral thesis on the ‘Design of coated rollers for casting steel according to the twin-roll process’ with distinction at RWTH Aachen University in Germany.

After concluding his studies, his professional career path led him to the steel industry.

He held management positions in research, production and technology at what is now the ThyssenKrupp Group, and his ever-growing field of work took him to Germany, France, Italy and the United States of America.

In 2013, after Finnish steel group Outokumpu took over the steel operations of ThyssenKrupp, Stebner became responsible for production at Outokumpu Stainless USA and was promoted to a member of the Management Board.

In 2016, he moved to Swiss Steel AG, part of the Swiss Schmolz + Bickenbach Group, where he headed up the Production and Technology division.

He took over management of the Technology division of Deutschen Edelstahlwerke, also part of the Schmolz + Bickenbach Group, in 2018 in the role of Chief Operations Officer.

The current CTO Engineering and Production, Günter Lubitz, will retire on September 30 this year.